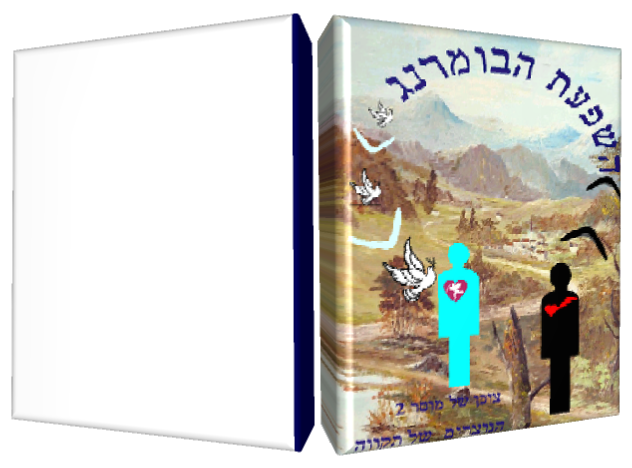 Nothing of what one commits to God of a sincere heart, returns in our lives without bearing good fruits.

Summary appearing at the back of the book

Too much, it is too much, and all stubbornness has its limits. At the end of 1987, he begins to realize he fights against stronger than him. This strength is by him called then magic, sorcery, as others would have called it, Satan, the Devil or the enemy of our souls.

Only the problem is sorcerer against sorcery or sorcery against sorcerer, it is six of one against half dozen of the other. It is just as to ask at the thief to guard our home.

However, how to fight against the paranormal, for the one whom rejected until God's existence, and who says Jesus was an Extraterrestrial?

May 29, 1988, it is here that Boomerang Effect begins. The real Boomerang Effect; the one that is going to transform his life; God's Love in its simplest expression: J E S U S. The Love that God sent us, as a rope presented to the human misery and that comes back never to Him without to bear us good fruit in our lives if we know seizing us of it. This Boomerang that God sends back by Favor: LIFE IN ABUNDANCE!

Remarks of the author:

This work more particularly concerns the Born Again Christians, because it leads towards work to achieve in communion with the Holy Spirit, in order to live the happiness of their first Love daily. 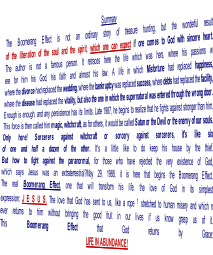